You are here: Home / Blog / Travel To Athens: The Acropolis In Pictures 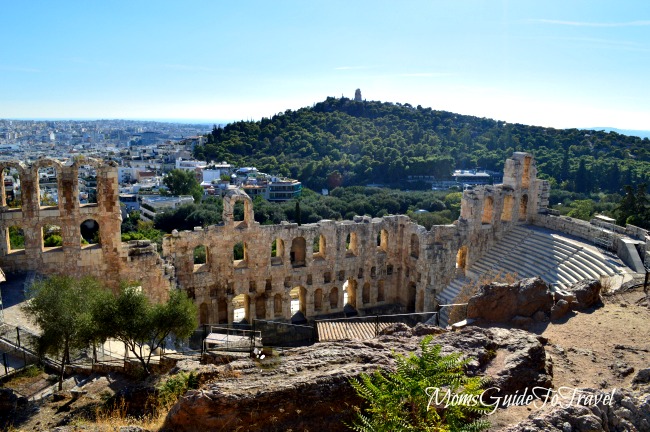 Some die-hard, anti-cliché travel writing grammar phoebe will cringe at my mention of the word “breathtaking” to describe my reaction to the Acropolis. They’ll just have to get a grip:

1.) The hike up to the top was a BEAST with a torn ACL so I was literally out of breath.

2.) The mid-afternoon view of Athens and the Aegean Sea were just that…breathtaking. Once our guide Marisa finally positioned us to the spot that she thought offered thee best view, I inhaled a deep breath. I had to take a moment.

After settling down from some travel mistakes and learning a few lessons, we realized that none of it mattered anymore. We were actually in Athens.

I looked over at my husband and smiled. He was in his element. The history buff absorbed every bit of detail that Marisa shared about Greek battles with the Persians and the destruction of the Acropolis site. He was happy.

It’s hard to convey that experience in pictures. Maybe we’re the only geeks who felt a little travel overwhelm up there. I gave God a “thank you” for allowing me the opportunity to lay my eyes on the site and the city. We had a comfortable place to stay, were eating good food, and visiting one of the most impressive historic sites in the world. 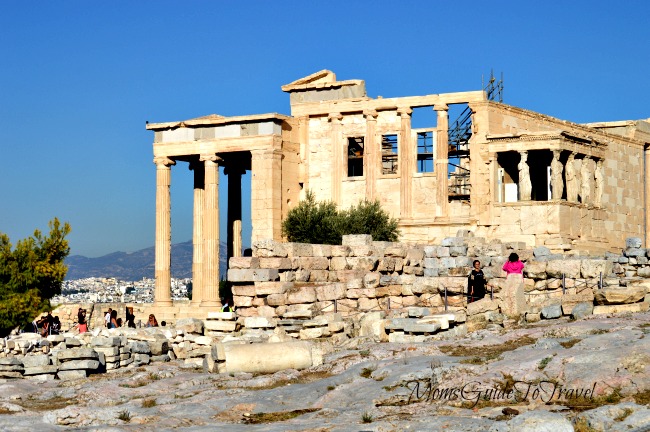 I wanted to take as many pictures as I could. However, at some point if you really want to experience a place that moves you, you have to come from behind the lens. I became disinterested in capturing the moment. I wanted to live in the moment.

I’ve always wanted to visit Athens. Given the chance who wouldn’t want to see the birthplace of modern democracy? The temple of the Gods? The land where epic battles were fought and sacrifices made? The real-life landscape upon which all those awesome Hollywood movie sets are based?

Unfortunately no oiled down bare-chested men in leather sandals passed by.

Athens, Ephesus, Sparta…these are all names that many of us are familiar with from our childhood. Myths and legends intertwined with actual events – the lines are blurred. Grouped altogether we create an image for ourselves of this majestic place.

The Acropolis at dusk

There were dozens of people sprinkled around the Acropolis. Everyone scrambled for best positioning to capture the best shot.

Strategically, our Viator guide had us visit the site at 3pm when the crowds thin out and the sun hangs low over the city, creating an ephemeral glow.

When you travel to Athens, visiting the Acropolis is a must. They go hand-in-hand.

If you go on a three-hour private tour like we did, take your time and enjoy every moment. Snap a few photos then put the camera away. Allow yourself the chance to truly experience this place and take it all in, the Parthenon, Erecthion and the temple of Nike. 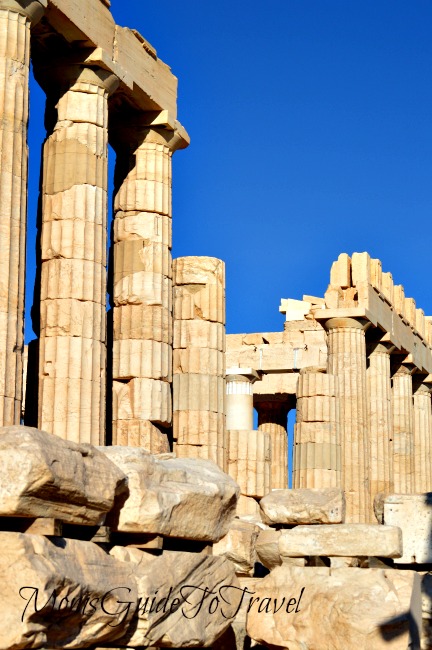 The gods may have been a myth but there’s something magical about the Acropolis that pictures can not convey nor can words explain.

« Is World Travel Market Worth The Trip For US Bloggers?
Donate $10 to Passports With Purpose 2014, Win A Vacation? »