You are here: Home / Blog / One Culinary Tour of Charleston’s History

A Culinary Tour of Charleston Never to be Forgotten

I hadn’t originally planned to go on a food tour in Charleston. But as fate would have it, the city had something for me to uncover.

My husband and I schemed to hit the road by 5 a.m., ahead of the holiday traffic from South Carolina to Maryland. However, a night of liquor, jokes, granny’s overactive heater, and a bed fit for one (but presently accommodating three) sabotaged all plans for a pre-dawn departure.

Periodic visits to my husband’s hometown are usually spent visiting family, hanging with his old friends, and laying back. This time around, I sought to do something different in Charleston – depart from the norm and be a tourist for once.

After a brief jaunt in the fitness center, a glossy rack card featuring pictures of succulent shrimp, chocolate gourmet deserts, and strips of steak, advertised a culinary tour of Charleston.

Hunger pains motivated my next action: within minutes I was making a reservation.

A different kind of culinary tour in Charleston

The walking tour was advertised to be a culinary journey through the low country’s history as told through the evolution of its foods. “Benne wafers, pralines, sweet tea, collard greens, old-fashioned stone-ground grits, gourmet chocolate, and Southern barbecue” would all be stars of the story.

I was excited to go on this tour.  Not long into the tour that excitement waned.

A tour guide who knows not what she speaks

I couldn’t help but cringe when she pronounced herself as a “Comeya”, someone who has come to the area, a transplant so to speak, and native Charlestonians as “Binyas”.

It was like listening to a Gringo explain Mexican traditions in Spanish using a heavily-accented American tongue.

It was also just a first of many moments during the 2.5 hour tour that made me close one eye and raise a brow and thank the stars that my husband hadn’t come along.

Here are a few tidbits (as told by our tour guide) that were new to me:

And here were a couple of the brow-raisers:

Apologies for the poor photo. I was so disturbed by what I was seeing that I literally could not focus! I couldn’t wait to get back to chat about my experience.

When I recounted the day’s events to my in-laws, my husband, and his friends, they were gracious enough to correct some of what I had heard.

The truth about Charleston from the Locals

First, grits are supposed to be smooth and creamy, not stiff.

Second, there is a slew of local restaurants, not featured on the Food Network or the Travel Channel which locals consider to be “the best”.

And third, although rice cultivation was a big money-maker for Charleston, it wasn’t the reason for slavery in the Carolinas.

I’m happy that I had the opportunity to have a conversation with people who know the history of their home. Unfortunately, when it comes to telling black history, “textbook facts” aren’t truly facts but rather subjective narratives designed by white men.

Despite some obvious discrepancies, the tour guide presented her fair share of knowledge of Charleston past and present.

According to her, Charleston tour guides have to take tests to be classified as official guides. In addition to keeping up with the ever-changing landscape, they have to take continuing education courses.

Question is, who is teaching those continuing ed courses?

I learned a few tidbits on the tour. But I was more impressed with what I learned after it was over.

After hearing the general disdain about the information given on the tour, I was reminded that history can truly be subjective at times – that what some record as facts can actually be no more than their versions of what they deem to be true. What may be one ethnic group’s truth may be another group’s falsehoods.

History isn’t as accurate as we think it is. Interestingly enough, food tells no lies.

If you want to get a broad view of a history of a place, I recommend you do some research before you go. I also recommend that you speak with the older locals who have more perspective and seen more.

Food is a great way to learn more about a destination’s history and culture but you have to be mindful of who’s telling the story. 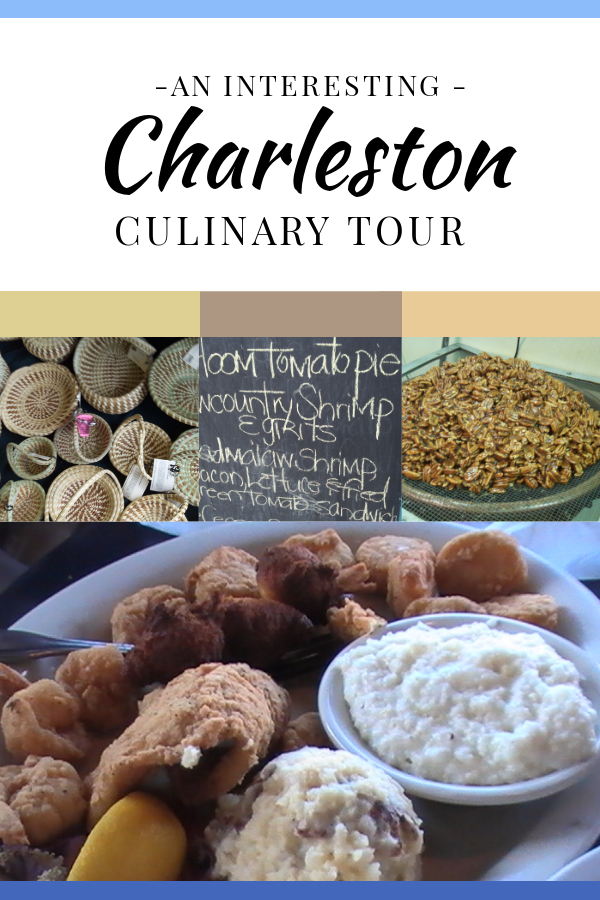 « 10 Things to Know about Kayak Fishing in Charleston SC
Adams County Pour Tour: Other Things to do in Gettysburg »