You are here: Home / Blog / Adventures in Nicaragua: A Girls’ Getaway From Costa Rica 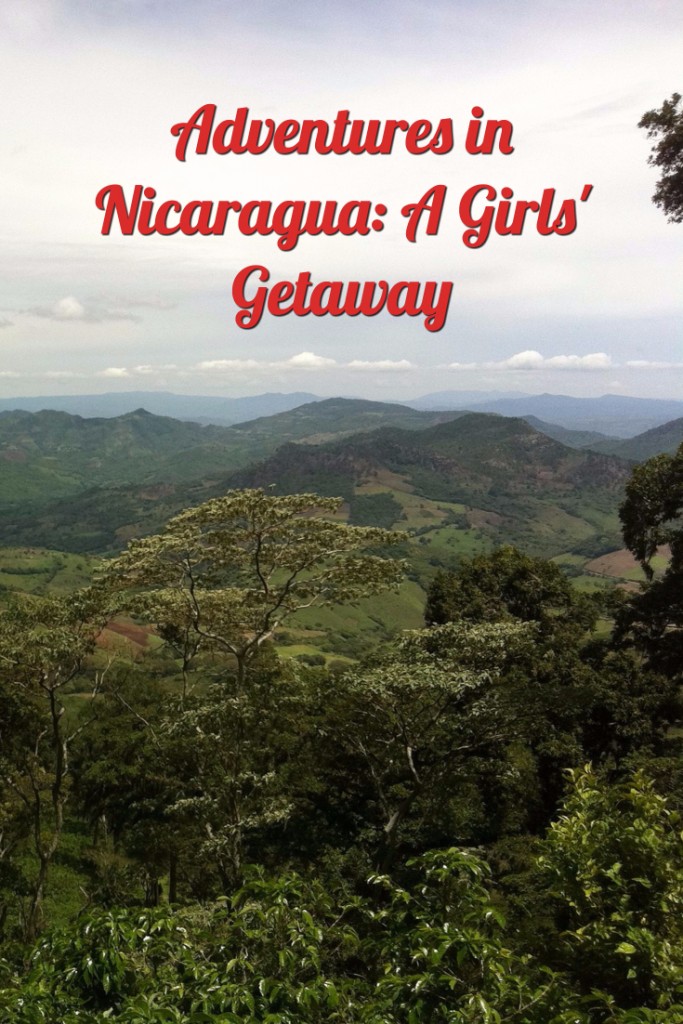 Never in a million years did I ever think I’d be writing a headline like that. 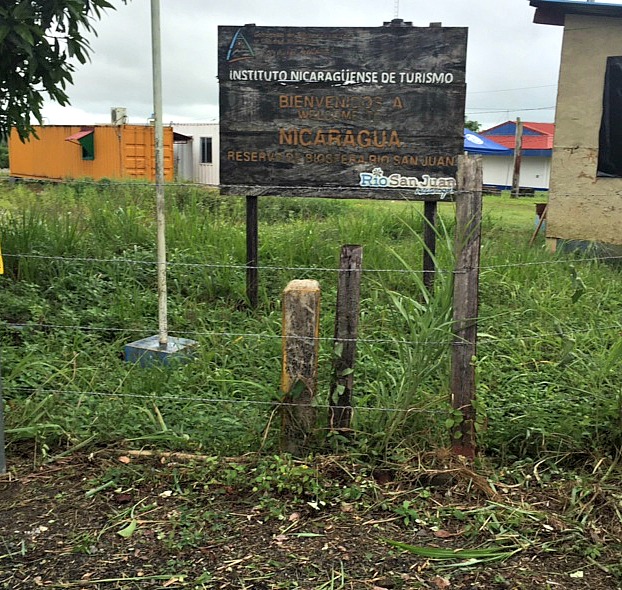 I grew up in a time when Nicaragua was synonymous with drugs, murder and death. In the 80’s the country was hot with cartels and a corrupt government.

It was one of those places on the map where I never thought I’d go.

Last September I saw a different Nicaragua: a place of history, serenity, and poverty. It’s a country where ironically, after visiting, I can see myself retreating for a slither of silence and peace.

Our adventures in Nicaragua start early 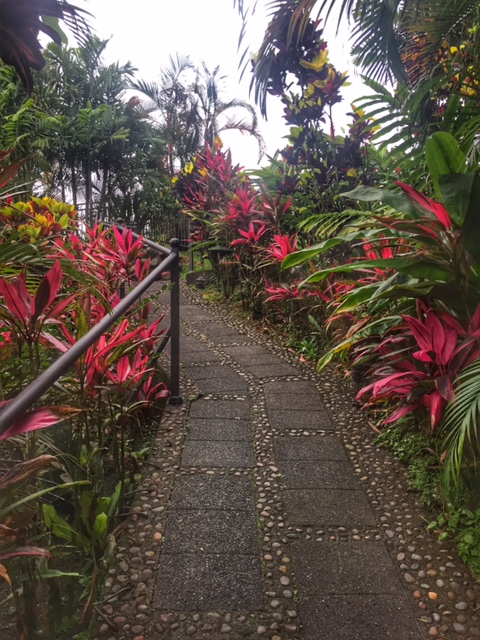 5:30 am: Me and my merry band of traveling girlfriends make our way down the steep hill from our suites to the reception area. We are greeted by adorable brown scolding eyes.

“You’re late chicas! We have to make it to the border on time as soon as it opens,” our guide Gabriel quips. 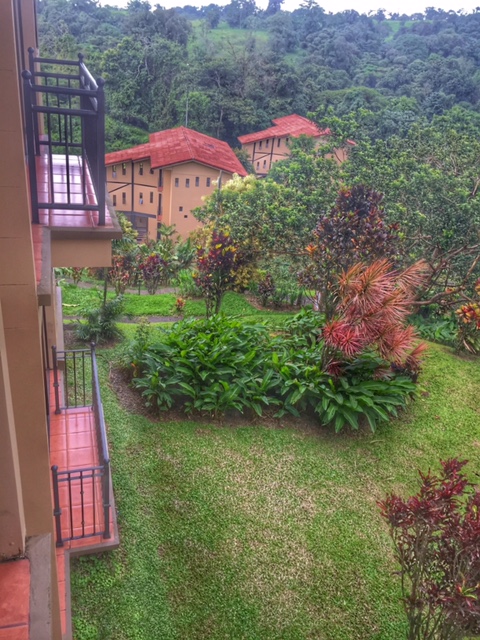 Our new companion was not impressed. Sore, tired and slightly inebriated from the night before, we scuffled into the van, wishing we could just return to bed in our rooms.

I politely introduced myself as the group leader. We needed to break the ice or else this was going to be a lonnnnng day.

“Can we stop for coffee?” Somebody asked. (I don’t even remember who it was.)

Oh goodness. This is NOT a good way to break the ice, I thought to myself.

“We late but we still asking to make a stop!” That was the conversation I was having in my head.

Truth be told, I couldn’t argue. Because:

I soothed the request with a frustrated Gabriel as best I could.

He rattled off in Spanish to the driver then let us know that we could make a QUICK stop in downtown La Fortuna.

What was I thinking?

Three other ladies were crazy enough to go with me on this one-day adventure into questionable territory. I, as their group leader, knew very little about Nicaragua.

I saw it as a day-trip option with my tour company liaison and thought it would be fun.

I had no idea what we were getting ourselves into. I said silent prayers for our safe deliverance to and fro, responsible for the women traveling with me.

As we waited in the immigration office, I felt some unease.

In order to keep my travel squad comfortable, I kept my nerves at bay.

Better trained at conversational Italian, my Spanish is so-so at best. But I understand what I need to know.

I didn’t feel uncertain with the Nicaraguan officials due to a lack of language but rather to what I was reading from their facial expressions and body language.

After thirty-five minutes, several questions, photos, and stone-faced looks, we finally had Nicaragua stamps in our passports.

Feeling like we were re-enacting a scene from Queen of the South, I knew we were entering questionable territory.

Waiting for our driver and Gabriel to wrap up security checks, we stood in front of our van.

Carmen and I maintained conversation with our unsuspecting travel mates as we scanned our surroundings.  As a former security analyst and Carmen, an airport behavioral analyst, “watching” was second nature for us.

A short stout Nicaraguan man approached us with a stack of local currency tightly wrapped in plastic. He offered “cambio.”  I glanced to my left and saw a tiny currency exchange office.

“No gracias”, I nodded.  He stepped back but still loitered about.

I watched wearily, wondering what was taking our van driver and tour guide so long as ten foreign bodies lingered lazily around.

I whispered to Carmen, “You watching?”

“You know I am”, she replied, unblinking in her Charleston drawl.

“Nothing, we’re just keeping an eye on things.”

I tried to respond with a reassuring smile. I honestly didn’t know what was going on around us.

Also picking up in the lapse of superficial chatter, Christie wondered, “what’s taking so long?”

Approaching Gabriel, I went to find out what was the holdup. He stood talking to three other men.

Walking towards me, half-smiling half-nervous, he asked if it was okay if one of the guys could ride with us.

I raised my eyebrow and asked him, “How did he get here?”

Responsible for my friends’ safety, I was not cool with some random stranger riding in the van with us.

“No no no no it’s okay. I know this guy he’s okay. It’s okay,” Gabriel tried to reassure me.

Irritated and feeling inconvenienced on OUR tour, I responded, “Look, I’m not comfortable with it. I don’t even know you. I need to keep them safe.”

As I looked the guy over, I saw that he was a slight guy. He was about five foot eleven, maybe 150 pounds.

I assessed the situation very quickly. As I thought about things, I realized that it could present more of an issue for us if we didn’t do this “favor” than if we did.

Countries like Nicaragua run on favors. The Nicaraguan officials might find it suspicious and not let us in after all.

Or they might give us a hard time coming back across the border, deterring us from getting out in time.

And being trapped In Nicaragua was not on the girls’ getaway itinerary.

I figured, if it came down to it at least two of us could take him. Informing the ladies of our guest, we quickly decided where we would sit.

The situation quickly began to feel a bit like Charlie’s Angels.

Don’t leave home without it

I had a tiny military knife in my pocket that my husband gave to me as a gift after his last deployment.

We decided that Carmen and our guest would sit in the front row of the van. He would be on the end closest to the door.

Christy would sit in the back row.

Sili would sit on the end of the second row directly behind our guest. And I would be positioned on the inside, close to the window, slightly behind Carmen and on our passenger’s 7 – in clear view of his left artery.

Quickly discussing the seating arrangement, we assembled into formation entering the van before our hitchhiker could grab a seat.

Ride or Die Homies – The Scenario

If need be, Carmen would elbow him with her right arm and put him in a choke hold.

I would come around to his right and pick him in the throat with the knife.

Sili was responsible for opening the door and kicking him out Sparta-style.

Christie’s responsibility was to keep the incident silent and take care of calming down Gabriel and the driver.

In hindsight I realize how silly we were. Thankfully nothing happened.

The poor guy was petrified. He sat in the car surrounded.

All he wanted was a ride into San Carlos.

When we arrived in town he hopped out of the van without an “Adios.” Our traveling compadre was gone in the blink of an eye.

Oh well. At least we were prepared.

Truth be told, I was relieved we didn’t need our self-defense skills.

However, I wasn’t completely relaxed just yet. We had seven more hours to go in Nicaragua.

And I had no clue what was waiting for us next around the corner…. (to be continued) 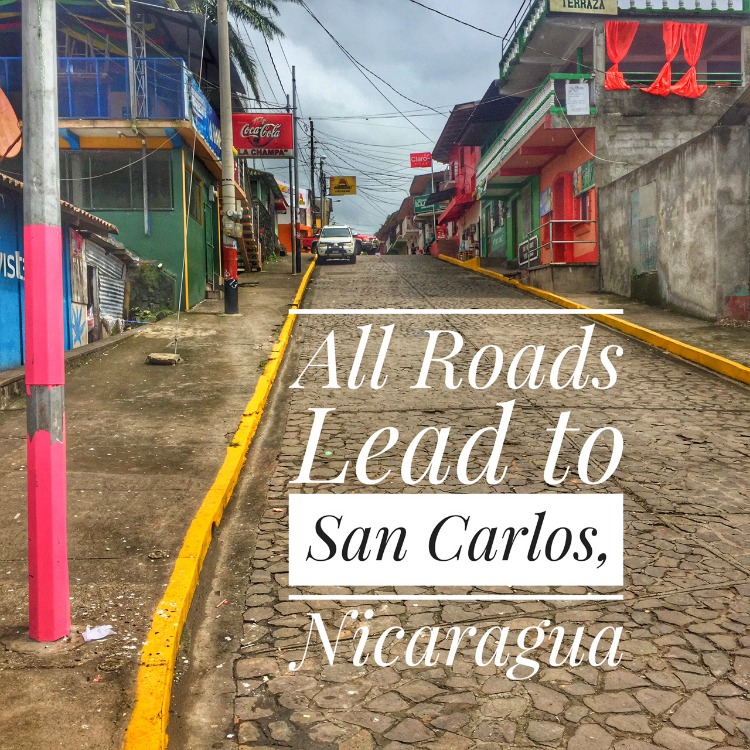 You Are Also Going To Love 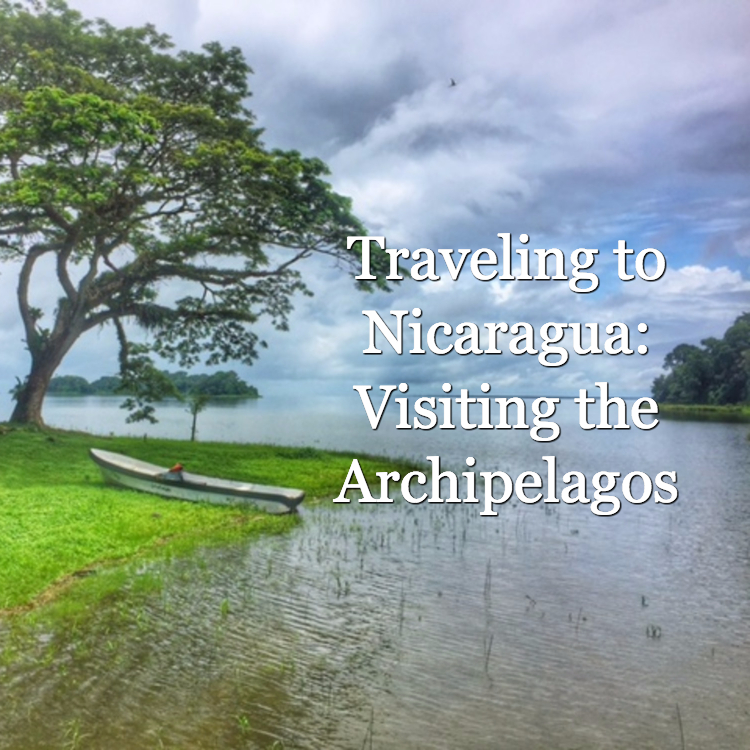 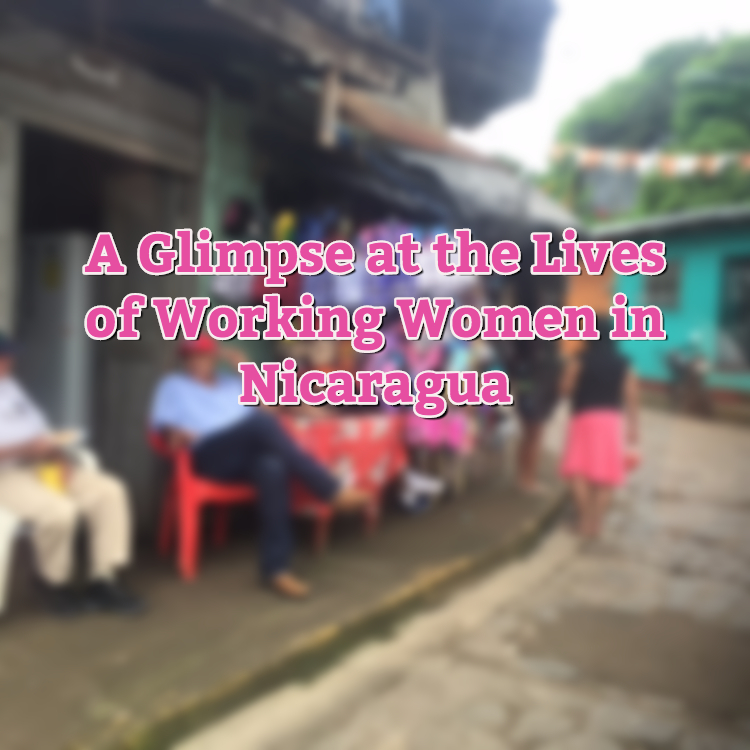 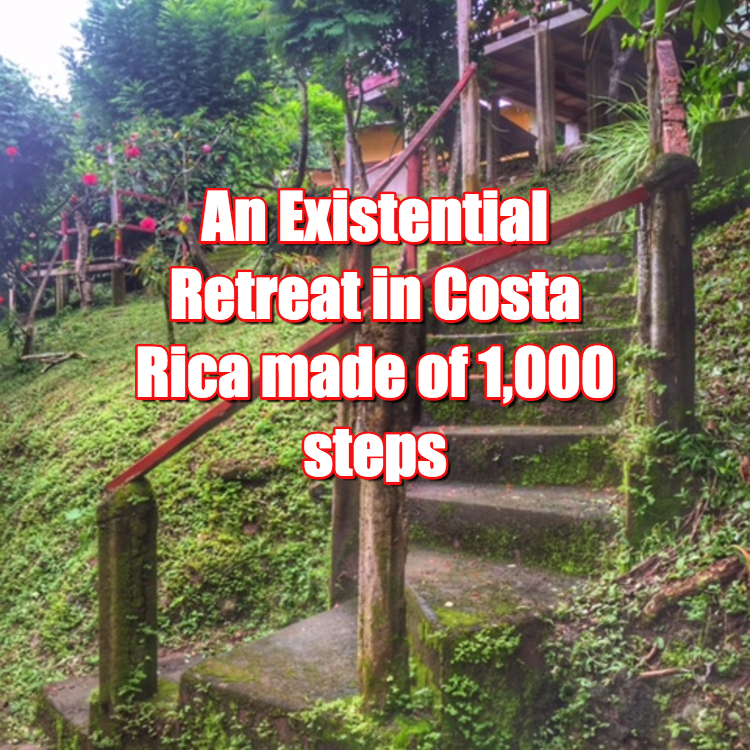 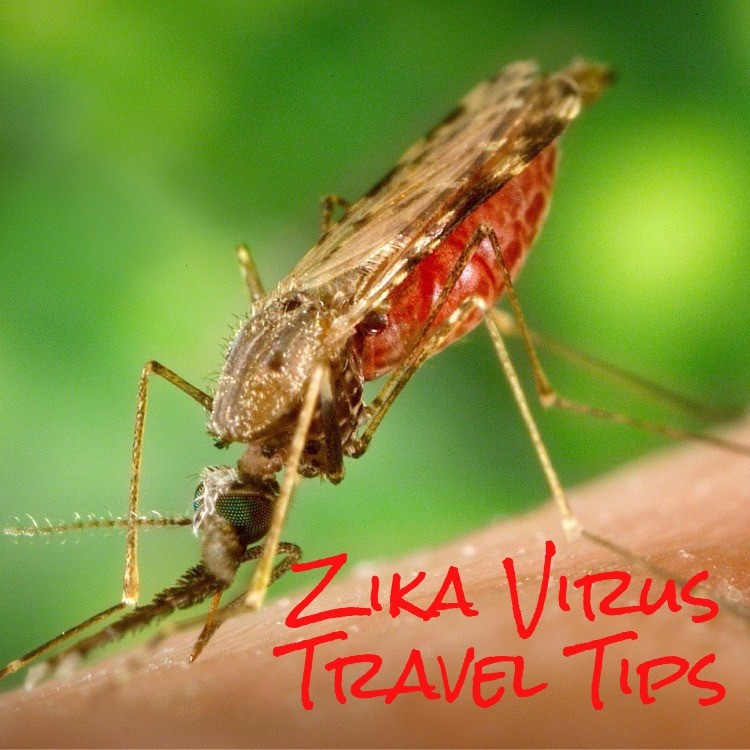